4 Ideas About Social Media for Nonprofits

I spent the day yesterday learning all about online fundraising campaigns at ArtezInterAction 2013. In addition to the workshop I hosted, Data, data and more data... what to do with it all? (slides are posted here), I had the pleasure of hearing from many great speakers. Here are four of the ideas and insights that stuck most with me:

Amy Sample Ward started her lunch keynote with a great analogy for online interaction. I've heard the analogy of social media as a party before, and I think it's a good one, but Amy took it to the next level. Here's my attempt to summarize:

Facebook isn’t about your Page - it’s about the news feed. Daniel Habashi summed this up by reminding us to create content that would catch your attention and make you pause when scrolling through the news feed. After all, the harsh truth is that your message is competing for attention with updates from each person’s friends, family and colleagues.

How do you get attention? Daniel told us that images are the most engaging content on Facebook - by a landslide. He also mentioned that status updates of less than 90 words are best - many people won’t click “read more” on long status updates.

When Jason Chaney and Alexandre Normand from lg2 shared their experience with the Bell Let’s Talk campaign, they shared the challenges of creating a campaign the topic of mental health. The goal of the campaign is to break the silence and get people talking about this issue. 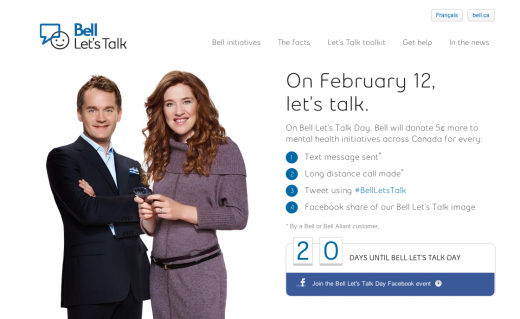 They wanted to widely engage the public, but as we all know, the reality is that good intentions and wanting to help doesn’t always translate to taking action on an issue. So, they decided to make the action as simple as possible: sending a tweet, text message or making a long distance call (in 2013 they also added the option to share an image on Facebook). For each action taken, Bell donated 5 cents to programs for mental health

In experimenting with different types of actions, here are a couple of further insights they gained:

While many nonprofits don’t even think of Reddit as a social media platform to engage on, Ryan Davis from Vocativ suggests that we should be considering it. In particular, he recommends seeing if there is a Subreddit on the topic/issue you are working on, as these smaller groups tend to have people that are very passionate about the particular issue.

Before diving into Reddit, take some time to learn more about this platform as it has it’s own unique culture which can be a bit tricky to navigate for the unaware. I suggest reading How nonprofits can use Reddit and 10 Reasons Why You Should Consider Maximizing Reddit for Business as a starting point.