In order to stay up to date on what's going on in the world of technology - and nonprofit technology in particular - I follow quite a few blogs and twitter feeds. There's a lot of great content out there but if you don't have the time to stay on top of things (and even if you do!) it can be overwhelming. So, for those of you who have less time to do all this "listening" on nonprofit technology, I'm posting a blog on Fridays with the top resources I found in the last week. 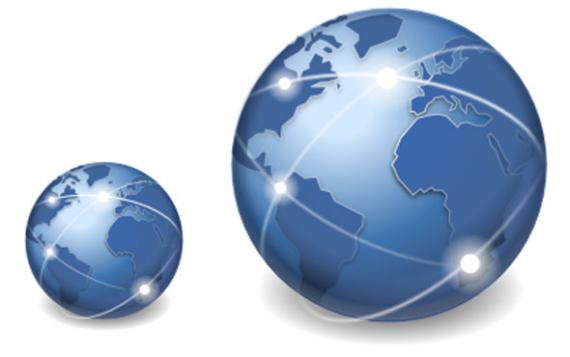 In this interview with Amy Sample Ward, she does a great job of summing up the ways in which online community organizing is the same as traditional (offline) community organizing, how it's different, and how the two are linked. Her advice: "Start small. Don’t be afraid of failing. And invite people to lead with you at every stage."

Ask Idealware: How Do I Use Place-Based Applications?

Place-based applications include social media like FourSquare and Gowalla, as well as Google Places and Facebook Places. I already talked about why it's important for nonprofits and libraries with physical locations should be on Google Places. In this short video, Andrea from Idealware talks about this type of application a bit more broadly and offers suggestions of how nonprofits can take advantage of these tools to drive traffic and engage with supporters.

This whitepaper was created by ITforChange, a nonprofit website consultant in Ottawa. I like it because it does a good job of explaining Drupal (and the concept of a CMS) in simple language, and providing concrete examples of some of the things you can do. Many of the features of Drupal that are discussed are also available in other popular open source CMSs such as WordPress and Joolma, however they make a good point that at the end of the day, Drupal is the most powerful, so if you will need that power now or in the future then Drupal is a great choice for your website.

Google+ hangouts are a way to "hang out" online through live video, chat, and even watching YouTube videos together. Obama even used it to answer questions and chat with a few selected participants. For these types of hangouts it's not that different for most viewers than TV - but it's on the internet. As a younger generation watches more and more of their TV on the internet and spends more time there in general, this could be a great opportunity for nonprofits to get a message across - not to mention that it's much simpler and less expensive to organize than actual TV.

If you haven't heard of it, the trust barometer "measures attitudes about the state of trust in business, government, NGOs and media across 25 countries." They've been doing this research for years, so it's a fascinating source of data. Of those groups, NGOs are the most trusted globally. While overall global trust in NGOs decreased slightly in the last year (and in Canada as well), the one country to see big increases in NGO trust was China.