Getting Quality Audio for Your Video: A Few More Things to Consider Before Hitting Record

Get caught up on the first two blog posts in this series:

Before you hit “Record,” there are a few more things you need to consider and test. In Part 3 of Getting Quality Audio for Your Video, we’ll explain audio levels, two ways to save your files, the cables and memory cards you’ll need, and the last things to listen for before you start filming.

Audio levels are foundational to getting great audio; they’re the levels at which your microphone is picking up the noise around it.

You’ll want to adjust the levels based on someone’s normal speaking volume, if your equipment allows for it. Some people talk loudly, some softly. If you have a soft-spoken person and your levels are too low, you’ll find yourself wanting to raise the volume in post-production; however, if you bring it up too much in post, it also raises your noise floor (everything else the mic picked up too - ventilation systems, refrigerator humming, etc.).

If you have a digital audio recorder, set the levels so that they aren’t so high that they clip, but aren’t too low so that you can't hear them. To do this, take a few minutes to test your audio before filming. Have your talent sit or stand where they’ll be during recording. Next, have them speak to you in their normal tone, while you adjust what the microphone is picking up. Check the VU meter to make sure the levels don’t peak too high but also aren’t too quiet. This will help avoid distortion and give you the most clean audio possible.

If your audio levels can’t be adjusted, you’ll want to be aware of how much your mic is picking up. If you can get closer to the subject, do that; you don’t want your mic to pick up all the noises of the street or office space, if you can help it.

Some cameras allow you to adjust the audio levels, while others don’t. You’ll want to consider this as you determine how to best save your audio files.

You can either save your files directly onto your camera, or you can invest in an audio recorder. Let’s explore both options!

In-camera recording means you’re saving the files directly to your camera — alongside the video you’re filming — and so both the audio and visual data is synced up and stored in the same files from the get-go, which is great! This will make things easier in post-production.

The quality of the audio saved in-camera depends on the microphone. Are you recording the audio from the built-in omnidirectional mic? If so, the quality may be rough, as we discussed in Part 2 of Getting Quality Audio for Your Video.

However, you can hook up a better-quality microphone directly into a camera and have the audio sync up with the in-camera recording. With this option, you’ll need the right cables to make it happen. Some cameras allow for XLR cables (some even allow for two!), while most camcorders or prosumer cameras will need a way to get your mic cable to adapt to a ⅛” jack. It’s worth investigating, if you want better audio than an on-board mic.

If your camera is incapable of recording audio, or iIf you have the resources to invest in more equipment, you can get the best audio quality by using a digital audio recorder. With an audio recorder, you can plug in multiple microphones, better control audio levels and adjust levels to the noise in the room.

Similar to adjusting audio levels from a mic or camera, a digital audio recorder allows you to tweak with the audio levels so that the microphone is picking up as much as possible, but that it’s not clipping too high either. You’ll want to designate someone to monitor the audio levels during the shoot — yet another step that helps control the audio quality you’re recording.

Because an audio recorder is separate from your camera, you’ll need to help your editor (or yourself) sync the audio and visual files in post-production. You can do this by filming an on-camera clap of your hands, a slate board or a dog clicker — whatever works for you! The point here is to have a distinct motion and sound that allows you to sync your audio with your video.

Note: if you’re only using sound to sync audio (such as a dog clicker), you need to be sure that both your audio recorder and your on-camera mic are picking up audio. Then you can look for the spike in the waveform of your editing program to sync up the audio (rather than relying on a visual cue, like clapping hands).

Is buying an audio recorder a good investment for you?

The decision to purchase an audio recorder depends on how much control you want over audio for your videos. If your camera doesn't give you any better options than the built-in mic (or if it doesn’t record audio at all) — and you have the resources to spend — it’d be worth considering. It's an additional piece of equipment and a jump in price, but if your organization is ready for this step up, it means you’ll have the best option to assess and control your levels.

Always make sure you test your audio levels before you hit “Record,” so you aren’t disappointed when you return to the office after a shoot. You’ll be glad you were able to make adjustments before recording.

Get a pair of quality headphones to keep with you on set. Ideally, your  headphones should be good at blocking out sounds around you so you only hear what the microphone hears.

If you’re using a digital audio recorder, you’ll want to get a good brand of memory card (we suggest Sandisk or Kingston). Since audio files are much smaller than video files, a card that holds 4GB or more will probably be plenty.

If you’re hooking up an XLR microphone to a digital audio recorder, you’ll need XLR cables, which are the standard cables for connecting audio equipment. These cables run to microphones, mixers, recorders and some cameras.

If you want to plug an XLR microphone into a camera that just has an ⅛” microphone jack, you’ll need an adapter that goes from XLR to ⅛”.

While you’re testing your audio, take another good listen to ensure you’re not picking up any interference with overlapping cables or radio waves. This can easily happen once you start collecting a lot of cords during a shoot, so be sure to listen carefully! Sometimes you can fix electrical interference by making sure that your audio cables are not running parallel to any power cables.

Now, for the finale after all your hard work — it’s showtime! Don’t forget to hit the “Record” button when it’s time for your interview. Seems simple, but wouldn’t it be awful if you missed part of your interview because you forgot? We’ve seen this happen. Also, if you are using a separate audio recorder, be sure to hit “Record” on both your camera and audio recorder!

We also suggest making a simple packing list of your production equipment and a checklist for testing audio when you’re on set. It’ll give you peace of mind when you’ve got a lot of other things to think of too.

Hopefully you feel closer to getting better audio for your videos. Capturing great audio takes practice, a little research and some dedication to getting the process down, and then you’ll be ready to record almost anything!

If you’d like to learn more about equipment we use at my organization, Reliant Studios, our recommendations or how we go about our video-making process, you can enroll as a student at Nonprofit Film School. Learn more about our toolkit of video tips and tricks to help nonprofits tell their stories through video.

Our online school walks you through storytelling, pre-production, production, cameras & equipment and post-production best practices. Broken up into bite-sized modules, it’s easy to follow along. In a matter of hours, you’ll be armed with new skills that’ll make a noticeable difference in the quality of videos you or your team makes. 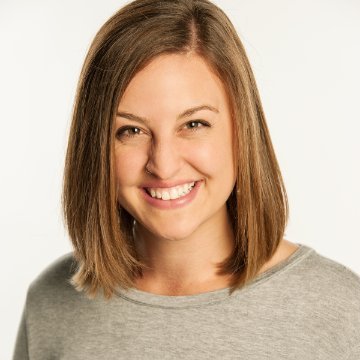 At Nonprofit Film School, Allea’s the control center; the one behind-the-scenes making sure you have an amazing experience by ensuring everything's running smoothly. At Reliant Studios, she’s the Production Coordinator, often found shuffling schedules, deadlines, milestones and working with clients.

Nonprofit Film School is the ultimate learning toolkit for nonprofits to tell their stories through video. It’s an online learning experience designed specifically for nonprofit organizations to learn how to produce their own videos from start to finish - everything from storytelling techniques to how to edit a video and choose a camera that is right for them.