Heartbeats and Remarkables: how to cut through the noise on social media

I don’t think so.

There’s just too much noise on Facebook, Twitter, Flickr and YouTube. Yes, there are 800+ million active users on Facebook, but there are also thousands of big brands and nonprofits competing for attention in that channel. So, making a big splash simply by updating your Facebook page or tweeting daily is no longer a sound strategy. This problem extends to email marketing, online advertising, search engine optimization and so forth. Even if you’re killing it in these channels, you’re only ever going to beat your competition by a little bit.

So, how can you use these tools effectively in today’s noisy online space? When we build an online strategy at Capulet Communications, we put activities into two buckets: heartbeat activities and remarkables. Both categories are critical, but have very different objectives. Heartbeats deepen relationships with friends, fans and supporters while remarkables grow your fan base. Here’s how they work together for a thriving, growing online movement.

Your blog and other social media channels are ideal for connecting with fans—those who already know you and like you. A steady flow of updates, campaign success stories and calls to action delivered via these channels keep your community close and your nonprofit front of mind. Social media architecture—comment threads, likes and retweets—makes conversations easy and natural. Email newsletters fall into the heartbeats bucket, as do donor relations, news releases and monthly meetups.

There are lots of ways to keep a heartbeats program healthy. For instance:

Caring for your community is essential, but so is growing it if you’re going to drive change. So, if Facebook and blog updates aren’t going to do it, what will?

Remarkables are campaigns that make a big splash. At Capulet, we’re big fans of marketing guru, Seth Godin. We’re piggybacking on his “purple cow” theory here when we talk about remarkables. In his must-read marketing bible, The Purple Cow, Seth tells the story of taking his family to France. At first, his kids were enchanted by cows grazing in the picturesque countryside—that is until they passed field after field of cows. Then cows were boring. “A Purple Cow, though. Now that would be interesting!” The idea here is to make your organization, or campaign, a purple cow so that you’ll stand out in a field of boring brown
cows.

The Rainbow Warrior ship is a long-standing symbol of Greenpeace and has played a major role in real-world protests. After years of use, a new Rainbow Warrior was needed and Greenpeace launched an online fundraising campaign to raise money to build a new vessel.

With help from ad agency DDB, Greenpeace built a sophisticated fundraising microsite. This was no run-of-the-mill online donation form. From gripping video footage that recounts the Rainbow Warrior’s battles to sophisticated blueprints of the new vessel—viewable from every position and angle—the highly-interactive website was remarkable. The best part? Donors bought parts of the new ship. From GPS devices to smoke detectors and boilers, visitors browsed these items on the site and purchased them to outfit the new ship.

The result? Greenpeace raised enough money from more than 100,000 donors to commission a new Rainbow Warrior and donors who contributed to the project had their names added to a plaque on the ship. The new Rainbow Warrior is now in action and carries the names of all of those who helped build it. 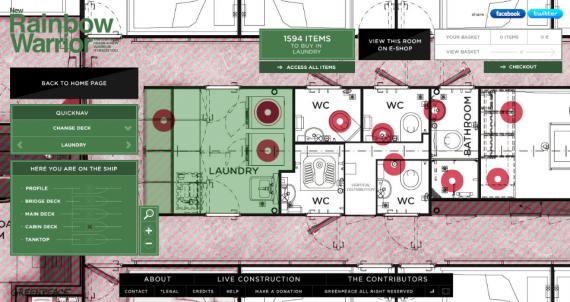 Don't worry if you're an organization looking to build a remarkable with a modest budget. Remarkables come in all shapes and sizes.

In fall of 2012, we helped The Big Wild to run a conservation-oriented photo contest called Big Wild, Big Water. The remarkable aspect of the campaign was that participants placed their own photos of lakes, rivers and oceans on a custom-themed Google Map of Canada, building out an impressive view of Canadian waterways. By using Google's map platform, we were able to launch the microsite without the time and expense of building our own map from scratch. The result was a beautiful and playful collage of contributed photos—more than 1800 in total. With each photo submission, participants were also asked to take a conservation action to protect Canada's waterways. 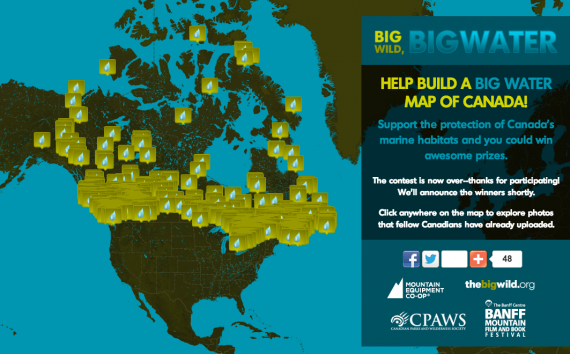 We hope these remarkables get you thinking about attention-getting online campaigns your organization can launch to activate supporters and attract others to your cause. There are more examples of remarkables in Capulet’s free e-book, The Noble Arsonist.

We believe the two-pronged heartbeats and remarkables approach is a solid strategy for using social media more effectively. While heartbeat activities can go a long way to deepen ties within your tribe, flexing your creative muscle with remarkable campaigns can help you get noticed in an increasingly noisy online world. Together, these activities can help to both grow and feed your movement.

Julie has worked as a writer and marketer for all kinds of companies—from bootstrapped tech start-ups to international nonprofits. She’s co-founder of Capulet Communications, a digital marketing agency concerned with how the web and social media changes the way we communicate with friends, peers, and supporters. Julie is the author of Friends with Benefits: A Social Media Marketing Handbook and a new, free e-book for NGO marketers, The Noble Arsonist, from which this article is adapted.