Memes and Nonprofits: Fun With The Internet 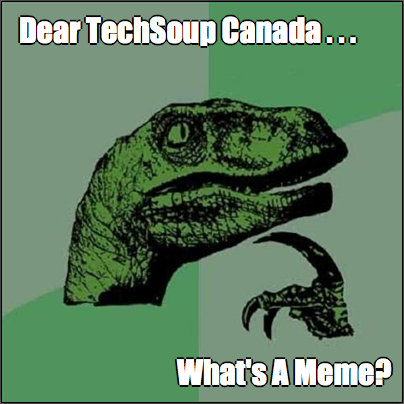 While a cultural phenomena experienced only in recent years, the meme is one of the simplest forms of communication over the internet which, oddly enough, can be considered one of the most complex forms of communication in human history. Technology has given us the ability to share graphics instead of words to convey complex messages in a way that is easy to digest and, sometimes, even comical. There is no purer form of the phrase “a picture is worth a thousand words” aside from a picture with no text (if you’re going to get formal about this).

A traditional meme, the internet’s version of a pun, is just about as serious as any tune by Monty Python. It traditionally involves animals, because animals are awesome, is typically posted to social channels and often includes spelling errors in a way meant to be ironic. A meme is also often used to communicate commentary on society and it is here where a nonprofit can benefit from the incorporation of memes into their digital marketing strategy.

By using images traditionally found in a meme but catering the message, to communicate a part of your organization’s mission statement or to promote an upcoming initiative, you’re able to craft a message that is quickly understood, seldom forgotten and frequently shared. It’s a win-win situation with an extra win.

Some basic guidelines to creating memes for your organization:


K.I.S.S. - Keep It Simple, yet Silly: If your message has too much text, it’ll lose the impact that many photos contribute to the meme. Also, if your message is too serious, it just won't be much fun. The Internet is a dangerous place void of traditional law and policed by all. A meme is the last place you want to be communicating something extremely serious.

Commonly-Used Images Are Key: The Philosoraptor, Grumpy Cat, Condescending Wonka, Intense Wolf and Success Kid are all great examples of commonly-used memes. These are the ones that are familiar to the web crowd and have the potential to be understood and shared.

Be Creative: Use these common meme images but use this opportunity to embrace your creative side. Once you’ve understood the intended context of the meme, it’ll be easy to craft a message that suits your organization but still goes with the context of the image.

Sharing is Caring: This is where all those articles about social media strategy, such as our Digital Storytelling article, come in handy. Share your memes, but don’t go overboard. Share one or two (afternoons are the best time to post to Facebook) in order to lighten up the mood and get people talking about your organization. This is a great way to generate interest in your organization from people that aren’t aware of it, but it’s not the only way so please don’t present this as the focal point in your marketing strategy to the board of directors.

How To Make Your Own Meme:


My favorite websites for meme-creation are easy to use and offer a lot of variety. Often you’ll find that the image is your inspiration, perhaps even your muse, and the message you want to send will be seen within the image. It’s a fun process that provides you with a great opportunity to take a break from developing your 2014 budget forecasting or that marketing report that’s due at the end of the day. I recommend checking out http://www.memecreator.org or http://www.memegenerator.net.

Go ahead and create some memes that will help spread the word about your organization! I hope you’ll share them and, just maybe, one will go viral and you’ll soon be interviewed by the CBC to discuss all the hard work your organization has been doing. Or maybe not. Here are a couple that I made this morning after I had been inspired by a double-shot of espresso which feature the Philosoraptor (above), Success Kid, and Intense Wolf. 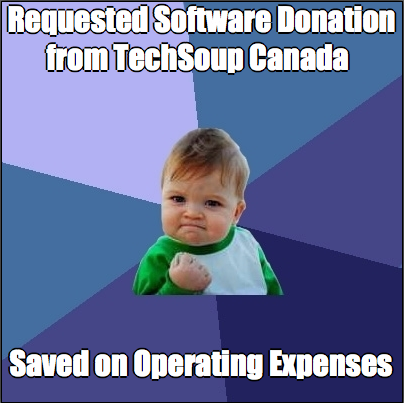 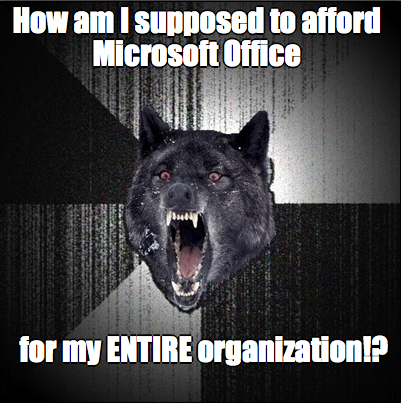