“If nonprofits have to work an extra day this year, 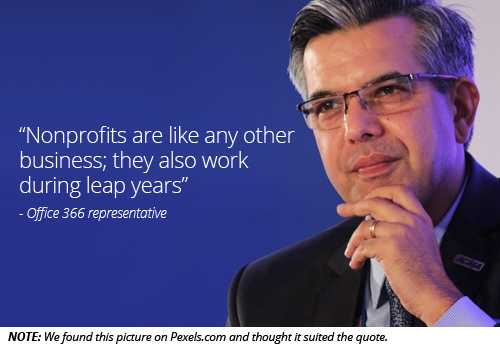 “We’re infinitely grateful that Microsoft has donated Office Three Sixty Six to our charity. Without it, we would need to pay for the additional day of hosting, which would have been a breaking point in our budget.”
- A Canadian charity 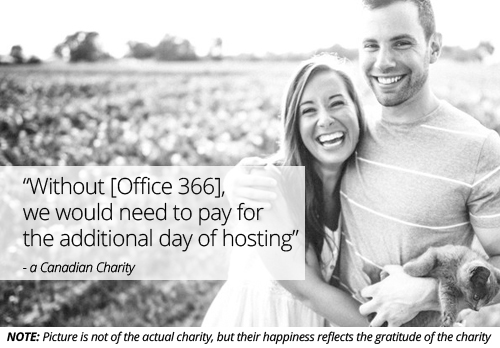 How to switch to Office Three Sixty Six

Not sure if you’re ready for Office Three Sixty Six or the cloud? No problem! We have a great alternative, Antique Office Suite, which is a desktop Office application for nonprofits.