Storytelling for Success: A Look at Three Crowdfunding Campaigns

The Blue Whale Campaign is an effort by the Sierra Club Canada Foundation to help whales in the Gulf of St. Lawrence.

A video at the top of the campaign opens with idyllic scenes of the gulf and a guy enjoying a summer day. All of a sudden, another guy jumps out at him and yells, "THE BLUE WHALE IS DYING! AAAAH!" Our summer wanderer replies, "You mean that big fish in the ocean?" The blue whale enthusiast schools him on some basic facts of how seismic testing and off-shore oil drilling are affecting the species. 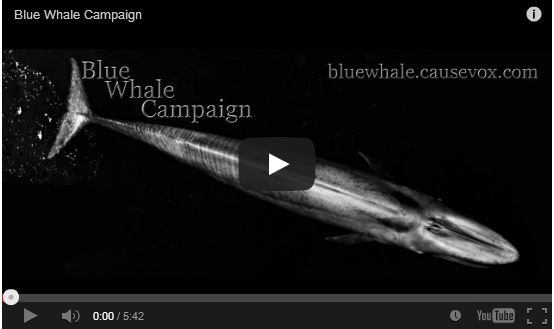 Using humor to tell the story of something quite tragic, like blue whales dying, is a creative way to get people talking about your cause. It also has that viral element because it is so off-the-wall.

Interestingly, some of the money from this campaign will go to more digital storytelling efforts:

"Public awareness is the keystone of our campaign. Using a multimedia approach, we will share stories of the Gulf's endangered species, with the blue whale taking centre stage."

In addition to the video, the campaign page also features updates about research being done in the gulf as well as gorgeous photos of blue whales in their habitat.

Build a Playground on Chicago's South Side! (Indiegogo) 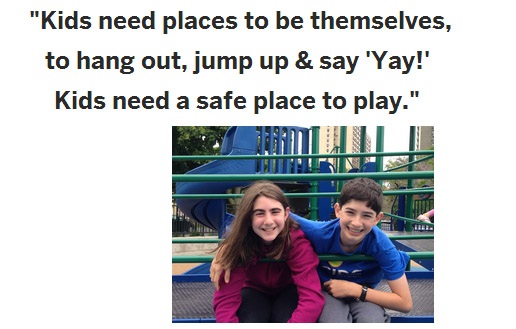 This campaign is built on an inspiring story of two Chicago communities coming together for the greater good. Best friends Ariana and Marc want to celebrate their bat and bar mitzvah by building a playground in Chicago's South Side. The project is part of a larger relationship between their synagogue, Anshe Emet, and the members of an African American church called Bright Star. KaBOOM!, a nonprofit that builds playgrounds, is coordinating the project. So far, the campaign has exceeded its goal and raised $42,506.

This campaign has a lot of different elements and people associated with it, so its story had to be easy to follow. The page opens with a video of a previous KaBoom! day, showing kids and adults working together to build a playground. There's also a history of the relationship between the church and the synagogue, describing how the communities support one another. There's a bulleted list of statistics to hammer in why a playground is important for this area of Chicago. Last, but not least, the campaign provides photos of the kids from the two religious institutions coming together to create the coolest playground ever for the Bright Star Church.

Cuddly animals + kids = Internet success. It's a proven formula. But Paws for Learning's fundraising campaign on Razoo has not only the pictures to melt your heart, but the stats and stories to make you break out your wallet.

Paws for Learning brings together high risk students and therapy dogs. The students are from some of the poorest areas of Minneapolis and due to personal trauma or stress, have difficulty focusing or connecting in an academic environment. The dogs and handlers help support the students so they can focus on improving in school.

The campaign successfully tells the story of the impact these pups have on students through both photos and key quotes.  For example, here's a quote from a social worker from one of the schools Paws for Learning visits:

"The children are working to learn to manage their emotions and impulses, develop healthy relationships with adults and peers, and develop coping strategies and self control in order to be successful in their academic development.”

So far, Paws for Learning has gained 93 fans through its Razoo campaign and has two other organizations fundraising for it through the platform.

How do you tell your organization's story when fundraising? Log in and tell us in the comments.