A View of the Cloud from Brazil

Brazil is one of the fastest-growing economies in the world, but the cost of broadband Internet is hobbling cloud adoption in the region. We discussed cloud adoption in Brazil's NGO sector with Valter Cegal of TechSoup Brasil.

TechSoup Brasil is a project of Associação Telecentro de Informação e Negócios (ATN). ATN is an NGO association of over 2,000 telecenters in Brazil. Its mission is to offer products and services that help telecenters become self-sustainable while providing low-cost public access to computers and the Internet. Valter is the chief operating officer of ATN. He is an electrical engineer, having worked for several years in management for large electronics companies like Philips Electronics and Advanced Micro Devices. He is also currently the country manager for the One Laptop per Child Project.

Because telecenters are one of the primary ways that many people in developing countries access the Internet, Valter has a unique vantage point to see how cloud computing is rolling out in Brazil. Brazil is the eighth largest economy in the world. It's the largest country in South America and it has the fastest growing economy in the region. It is one of the rapidly emerging "BRIC" economies, along with Russia, India and China. 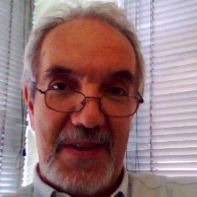 According to a recent UN International Telecommunication Union (ITU) report on Internet availability in 152 countries, Brazil ranked 64th in overall Internet availability to its people. But ranked 96th in Internet affordability, especially for fixed broadband Internet and mobile phone Internet. Needless to say, the expense of Internet affects cloud adoption. Valter reports that pricing for broadband Internet for NGOs is at least five times more expensive for equivalent service in the U.S. He also points out that per capita income in the U.S. is four times higher than in Brazil. As a result, he finds that people in NGOs in the region are beginning to use cloud computing services like Google Docs and Hotmail, but are often not aware that those applications they are using are in the cloud, or what exactly cloud computing is.

Valter has found that the cloud applications that seem to be most popular in Brazil are the email applications, Hotmail and Gmail. Google Docs, Google Groups, and Google Maps are also very well-known and widely used. He also finds that people in NGOs are not using smartphones to access the Internet more than they use computers because phone-based Internet is about one-third more expensive than fixed Internet for use on PCs.

He reports that broadband Internet availability and affordability is still a major obstacle for many NGOs in Brazil, not only because of the relatively high cost, but also because local Internet infrastructure is not in place. It is not easily available in smaller towns and rural areas.

Getting Broadband to NGOs

Finally, Valter does think that cloud adoption in Brazil will grow over the next two or three years, but primarily among individuals. Under current conditions, adoption of the cloud among offices and NGOs will happen more slowly because of the continuing high prices for institutional broadband. He is hopeful, however, for a much-improved situation: