Cloud Is Not a Technology Decision

Richard Cooper is the development manager at Charity Technology Trust, an organization that provides IT services to charities in the United Kingdom. CTT is a member of the TechSoup Global Network, providing donated hardware and software to charities in England, Wales, Scotland, and Northern Ireland.

In this guest blog post, Richard argues that cloud computing is primarily a business decision, not a technology decision. This post originally appeared on Richard's blog.

I've sat through a lot of debates recently about whether not-for-profits should migrate to the cloud. Most have either focused on technology questions such as, "Is the cloud better technology than traditional models?" or cost arguments. But what struck me during these debates — apart from the ubiquitous use of "cloud" to cover anything that didn't involve capital expenditure on IT and therefore being a quite useless term for any specific discussion — was that there is a crucial point being missed: the general overhead for small organizations (as most not-for-profits are) of owning technology.

Benchmarking IT Costs (for the Cloud, Too) 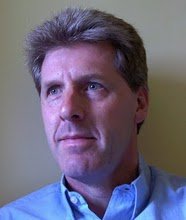 This was really brought home by two conversations. One was a discussion on benchmarking of IT costs, and whether outsourcing was more expensive than doing it yourself. One of my colleagues made the point that for the outsourcer, all costs are visible and have to be taken into account when setting a price — commercial reality is very harsh if they're not covering all their costs. Now, that's not to say that the in-house IT organization doesn't have to cover its costs, but some of those costs can get deeply hidden within the organization, and are not immediately visible and attributable in a chart of accounts. For instance, the cost of a finance or HR function may not get included, yet by their very existence, IT employees add some burden to these functions.

Removing the Burden of "Sanity Checks"

The second discussion was with a small charity who have engaged an IT support company to help them and wanted someone to "sanity check" what was being proposed to them. The manager at the charity didn't feel that he had sufficient understanding of the technical detail to know whether what he was being told was right and, in particular, whether some of the work could be deferred to manage their cash flow better. Which brings me to my point:

Cloud solutions such as Google, Microsoft Office 365, Dropbox, Huddle, Salesforce.com, etc., take away a set of technology from the organization so that senior managers no longer have to concern themselves with it.

Now, I know this is a claim made by the outsourcing fraternity, but cloud is subtly different. I've been involved with a lot of outsourced contracts and they all finish up in discussions about how much kit you use, what technology is being managed, how often you want to change/upgrade it, and so on. So management are still involved in gory technology decisions. This is where cloud solutions differ. As a manager, I don't care about the detail of the underlying technology. I want email; I want filesharing; I want CRM functionality. What hardware, operating system, RAM, DRAM, SAN, UPS, NAS, SSD, IPV6, Ubuntu, Linux, Windows, SQL, MySQL, SAP, Oracle (and any other acronym you wish to come up with that I don't give a twopenny stuff about) do we need?

Decisions on Cloud Based on Business, Not Tech

Management time is in short supply in not-for-profits. Managers want to focus what time there is on their passion: what their organization delivers to its beneficiaries. Detailed IT decisions are the management overhead IT people forget about when they have their technology debates. Most non-IT managers don't care about this stuff. It just takes time and gets in the way. The cloud allows them not to care, and to focus on what matters, which is how can technology help my organization deliver more, faster, cheaper, or in completely new ways, without worrying about how much memory do we need in the server or where are we going to put the UPS.

Senior managers in not-for-profits are going to make decisions on cloud solutions on the basis that they save them time, are convenient, and they're not going to wear out in three years' time. Does it do the job? Is the price point right? Will it save the organization and/or me personally a lot of time? If the answers to these three questions are yes, yes and yes, then expect senior managers in not-for-profits to say yes to the cloud. It's not a technology argument for them, it’s a business decision.