These days, it feels like most nonprofits/charities send out email newsletters to your supporters. There’s a lot that can be said (and has been said) on why you should have a e-newsletter (or not), what things you should think about, how often you should send emails, what you should talk about, etc. For those struggling with poor response rates, one of my favourite blog posts on this topic is 10 Reasons your Email Appeal is Being Ignored. My own rule of thumb is to think about how I like to engage with causes/organizations in my personal life, and go from there.

In any case, it seemed like an important enough to be the focus of our first challenge in TechSoup Battles. We asked you what newsletter tools you liked and one that came up again and again was MailChimp. (For example, AlphaPlus is a fan). As it happens, I’ve never actually used it myself before, so I’m excited to dive in and try it out.

This blog post has my detailed review; you can also read our summary of the challenge. 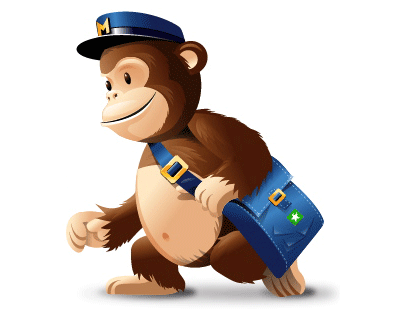 First impressions: I’d heard that MailChimp was easy to use, so it wasn’t a surprise that it just took a few steps to create an account. Once that was done, they have 3 easy steps for getting started so I went ahead and started on them. Everything is clean and attractive, and appears to be well thought-out from a usability perspective. The language they use tends to be informal and not jargon-y, which also makes the process nicer.There is even a monkey that provides you with random fun links, if you are a fun person (you would think it’s Clippy back from the dead, but it’s much less annoying and is easy to ignore if you want).

Creating a list & form: Since my goal is to notify people about Toronto Net Tuesday events, I made myself a “Toronto Net Tuesday” list. Next, I made a form where people can go sign up for my list. Since I’m on the free version I need to include a MailChimp logo on my form, but I’m not too concerned about that (I picked a fun one that looks like a tag for washing instructions). There’s actually a fair amount of customization you can do, but I just put in a description and changed the button colour to orange and left it at that.

I also tried to translate my form, to see how easy it would be to support both English and French. It seemed like it would be easy to do, but I couldn’t figure out how to translate the labels of the fields in my form (“Email Address”, “First Name”, etc.) so it’s available in both languages. So I’m still not clear on that one - maybe I just need to create 2 forms for the same list, one in each language.

If you want you can try out my form. MailChimp gave me lots of options for ways to share this and embed it in my website. (Just for the record - if you actually want to get updates about Toronto Net Tuesday, you should really join our Meetup group which is the main way we post events).

Sending an email: Emails on MailChimp are called “Campaigns”, so I opted to create a new campaign. It asked me to pick the list to send to, and I was really pleased to see how easy it was to not only select a list but to segment it. As an example, I could see myself wanting to send the email only to people who had a certain location, or a certain language, or who had opened my previous email. I’ve done segmentation in other newsletter programs and it didn’t feel as smooth as MailChimp. On the other hand, I don’t see a way to save segments which could be annoying later on. 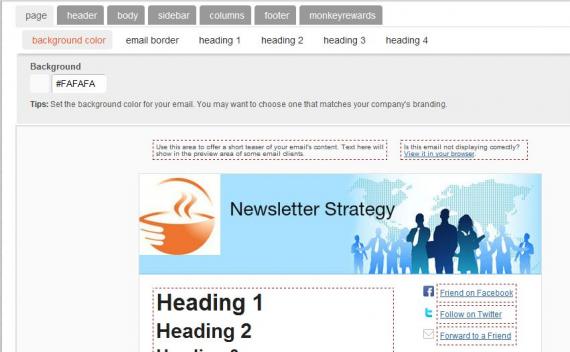 I don’t think I’ve ever been completely happy with an email editor - they try to make it easy to use, but there’s always something a bit quirky. I used the option to work from a basic template and I found I had the same complaint - overall it’s good, but there were some things that bugged me or took me a bit longer to figure it out than it should. I am a picky user though, so take that with a grain of salt. I think most people would be quite happy with how it works.

With that out of the way, I was able to send off my email and tada! the challenge is complete.

Managing lists: Right now all I’m trying to do is send email to my Toronto Net Tuesday list, but I know that in the future one of the key things I will need is to have multiple lists for different newsletters (we also send out the monthly “By the Cup” newsletter and a Product Alert when we get new products in our donations program). I’ve seen before that this can be a tricky area in many newsletter programs, so I made a point of finding out how MailChimp handles lists.

It turns out that MailChimp has two main ideas: lists and groups. It seems that “lists” are intended for lists that are completely separate from each other (say if you had a list of donors in Canada and a list of partner organizations overseas, and there was no overlap between the two). If the same email is on two lists, it will be counted twice towards your total number of subscribers. Also, lists don’t talk to each other, so if someone updated their email on one list, it would not be updated on another list.

That’s great, but it doesn’t fit my scenario, since I do have overlap between my different mailing lists. So I started looking into “groups”, which are a way of subdividing a list. I can have public groups, which are good because people can manage their subscriptions (e.g. they can check a box to say that they want By The Cup but not the Product Alert, and then update that later on). I can also have private groups, which are good for scenarios where I don’t necessarily want people to be able to opt-in.

This creates a distinction between managing the groups you are in (for public groups) and unsubscribing, which takes you off the list (and all groups) altogether. Currently we use Vertical Response and one of its downsides is that there is no way to manage your subscription - if you unsubscribe to one of our newsletters, you get unsubscribed to all of them. So MailChimp isn’t perfect but it would definitely offer more flexibility than our current setup.

Integration: I think what most impresses me about MailChimp is the number of other systems it integrates with. A quick browse of their directory of integrations turns up many of the applications I’m familiar with.

Overall, MailChimp is looking like a pretty good option. But since I haven’t been able to fully test out the system or really have the experience that comes from using MailChimp on a day-to-day basis, I did a quick search to find out some other people have said about the downside of MailChimp to try to get a more balanced view. Some points I found:

Have you used MailChimp? What was your experience? Do you have any insights, tips, or things to watch out for that you can share? Share your thoughts on Twitter (#TechSoupBattles), Facebook, below in the comments or send us an email.